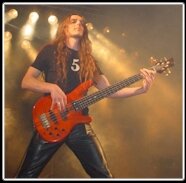 Incredible but palpable in their consistence, developing in each note around melodies interposed by solos and riffs heavy as ever: this is how a person like me ľ following Labyrinth from long times ľ could define the new bandĺs tracksů but I donĺt believe it can be enough! Itĺs two weeks that Labyrinth are making the checks for the song writing. Six tracks were ready, but from the minds and hearts of these six boys the creativity is like a river, and they are taking, enriching, changing and reinventing what was already done. Itĺs always time to insert drums or guitars, getting the killing power of a knife wound, exactly as it happened for the fastest song of their history, ôSave Meö. Heavy Metal developing with this tracks is close to the melodies which let ĹReturn To Heaven Deniedĺ immortal, but they are reinforced by a sonorous aggressiveness never tried by Labyrinth: itĺs difficult to define and classify it like in a review. During some moments of pause the 21st April, Chris Breeze chats with us to shed light upon the work of these weeks.

We listened live to three tracks of the new QUBASE demo: they have the same melodic line but with ľ inevitably ľ big changes and additions: are you satisfied of the way the tracks are taking?

ôI am more than satisfied of the growing of the new ideas, I think that the new album will give the band a more personal sound without distort it and keeping the melodies which always characterized us; probably the song writing will be more complex but itĺs the normal evolution of our experience. Writing the new Labyrinth CD will be a big work for everyone, from the writing to the promotion, which will have a more extended destination than the previous.ö

Do you think you will use the other three tracks or you will twist all with other ideas? 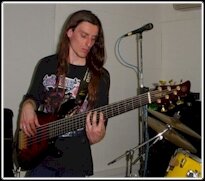 ôThe other three tracks need to be checked, so played and seen under the arrangement point of view because just playing all together the ideas take a more concrete shape than the beginning base.ö
I am telling this because in the second track checked, in spite of the melodic chorus, you played also very heavy riffs, at worst of thrashů
ôYou knowů the origin of the band are bound with thrash and then the guitars riffs often characterize the aggressive part of the song, without leaving behind the melodic aspect, always present in the 2 guitars and in our music.ö

This waver of  black and white, of melody and heavinessů do you think it will be the sound of Labyrinth in the 2002?

ôI think it always characterized us, surely in the new album it will be stronger and it will have a various a concrete personality, without modern influences. We will go straight along our way without choosing not original solutions.ö
I saw you very sanguine, sharing and protagonist of your songs: blow the voices of your dissolution!
ôWe just needed time to solve some problems with the labels. The most important things was to plane the contractual future of the band in the best way, considering the various offers. Obviously someone found it a good occasion to talk tripe on the band. There was many false news! The band is alive and stronger than ever. People always supported us and followed us during our concerts, showing us heat and respect.ö 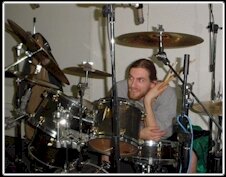 Are there any ôprimary composersö this time or it will be again of a team work as for ĹSonsůĺ?

ôThe two guitars are the point from which the work starts but also the rest of the band compose, so the team work goes on from ôReturnůö. With the passing of the years the relationships in the band has grown with the consequent supply of ideas by each component.ö

Perhaps itĺs too early to talk about lyrics, but do you think there will be a concept?

ôItĺs too early to talk about it, but I canĺt exclude we will compose a new concept.ö

Letĺs talk about the live album: are there some news about the mixing? Can you confirm us the title?

ôAbout the Live, we are making some studies for the mixing and then we will decide. We havenĺt decided the date yet, but the outcome is near!ö

Do you think to insert just one date of the Italian Attack or to it will be a mix of the 3 dates?

ôWe have the difficult work to choose the best episode of the tour, even if we have always found very good situations, both for the sound and the share, so we have to value very well, also because of the value of this record.ö 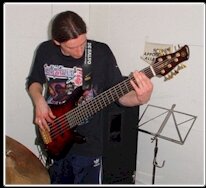 Have you already thought to the abroad promotion? Are there some news about the new label and the management?

ôConcerning Italy, our works will be assigned to V2, which always worked on big production, for example Tom Jones. Abroad we have started negotiations with various distributions, now waiting for new material to which we are working.ö

You have always preferred a sound (for your bass) very harmonious and sometimes far from classic Metal. There will be in the next album an hardening of the rhythmic part of Labyrinth sound?

ôI will try to keep the original and personal line of my sound. The choice of the part in the next work will be very important. The target is to form a solid rhythmic base with Mat, who has got a various and efficacious drumming: the result is assured.ö

The question I posed you is quite related with this one: I recently interviewed Piet Sielck from Iron Savior. He demonstrated a great esteem for you (about the tour you did together last year), but he told me that Labyrinth and Vision Divine are not the bands he more listens to because they are less heavy than other bands more Metal. Do you think the new album will make his mind change? 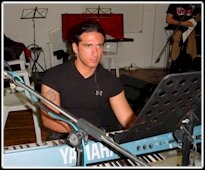 ôOur music is a mix of power and melody: each person can judge us in freedom! I think the new album will have a more powerful sound but at the same time it will be characterized by melodies very efficacious. We are working hard in this adventure and I can assure you our engagement will be great.ö

Time ago you told me about your solo project (or of another band): can you tell us something and when an outcome is foreseen?

ôThe project is called Starship Pusher. We are recording a promo with four tracks, music from stoner rock to more melodic episodes. The target is to find a contract which will guarantee us many conditions of promotions , so, finished the recording, we will look for the best solution.ö

On the guestbook of labyrinthmusic.it there are many messages from abroad. Can you greet the people so far between them but united by just one faith: Labyrinth?

ôI want to greet and thank who always followed us, especially the South American fans (Stay Heavy!), who always demonstrated us a great affection!! Hail and thanks to you!!ö